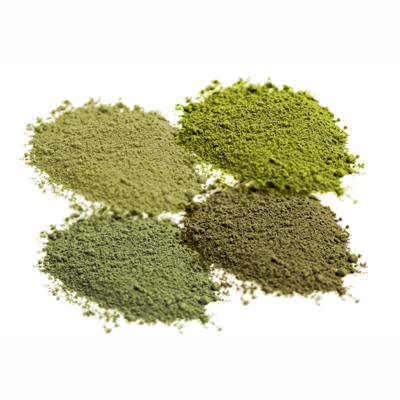 Are you new to KRATOM?
Have you been trying KRATOM for a while and confused about which veins and strains to prefer out of so many variants?
It is quite natural to have a personal favorite, but, how would you identify it? The best answer you may derive, however, is by making a bit of research and encouraging trial and error.
Before identifying the specific and the perfect strain for an individual, let us have some understanding of the KRATOM VEINS that are available.

BRIEF OVERVIEW OF VEINS
The colors of the KRATOM leaves’ veins change with its maturity, which, simply means when the leaves were picked and the time given to the leaves to mature. It varies from Red, Green, or White. There is, however, also a category of ‘Gold’ vein.

RED VEINS: Most matured KRATOM leaves have Red Veins. We may assume that the strains which come from Red Veins may be the best, but, it may not be the case for everyone. Chemical compounds (Alkaloids) present in each leaf is responsible for its performance. Since Red Veins have the most balanced chemical compound, it is most potent of all.

GREEN VEINS: Medium-level matured KRATOM leaves have Green Veins. Here again, it does not refer to anything mid-grade, it has it’s own positive qualities. Strains of Green Veins are often compared to a Red and White Vein mixture which offers long-lasting subtle performance.

WHITE VEINS: The least matured leaves of KRATOM have white veins. These leaves are picked up early and then dried under natural sunlight. Strain from White Veins family is also well known for their performance. Several strains of White Veins are rarer than strains of Red, Green, or Yellow (GOLD) veins.

GOLD VEINS: Strains of this vein is commonly advertised and marketed by various vendors of KRATOM FAMILY. The strains which come under this category of ‘GOLD’ are the result of a mixture of veins. It may or may not be mixed in a certain ratio, but some vendors usually prefer to mix Red and Green Veins in a 1:2 ratio for achieving their blend of ‘GOLD’ Veins. They can also be created by using a specific drying process. Either way, the performance of Yellow/Gold Vein Kratom is often described as highly potent.

VEIN PROCESS
We know that the properties of each KRATOM leaf change throughout its maturity process. Still then, some people claim that KRATOM vein products are made purely from the drying process and have no connection with the maturity of leaves at all. This may be a kind of ‘marketing-strategy’ and may have come out of the fear of customers getting confused by KRATOM leaves maturity ratings.

KRATOM STRAINS
After having a good understanding of KRATOM veins, let us have a close look at the KRATOM STRAINS.

MAENG DA
Maeng Da is a hybrid derived by ‘Grafting’ – an ancient art of combining tissues of different plant to create a new species altogether with increased quantity of chemical compounds (alkaloids and flavonoids), resulting in an improved level of performance.

MALAY
Malay and Maeng Da are most popular among the Green Strains. It is sometimes referred to as Super Green Malaysian which contains more desirable chemical compounds (alkaloids) than the Standard Green Malay. The aroma of this Super Green Malay is unique and unlike other KRATOM strains.

THAI
Thai is available in RED, Green and White veins. Each variety of this strain is unique and up to the mark. The White vein variety has made its mark as one of the strongest KRATOM strains, while the Red vein strains has earned its reputation for its calm and serene effects.

VIETNAM
This strain is grown in Vietnam and Vietnamese climate produces a different chemical compound (alkaloids) make up for the KRATOM leaves from other countries. It comes in White, Green and Red veins. Online supply of Yellow (GOLD) vein strain is also available occasionally, but, before consuming, one should take note of the different qualities of each strain. The Yellow (GOLD) is a mild performer while the White Vietnam has a heavy boost.

TRAINWRECK
This KRATOM strain is a blend of ‘Full-Spectrum’ in nature. This essentially means that – this strain is manufactured by blending together several strains of KRATOM of Red, Green, White or even Yellow veins, thus bringing about multiple effects of the different strains. The type and number of strains blended, vary from Brand to Brand.

BALI
It is the purest breed of KRATOM which is popular for its High Quality and most balanced effects. There are different kinds of KRATOM Trees whose leaves are of the specification of Red, Green or White veins depending on the stage of its maturity, likewise, BALI and THAI Kratom Trees are said to be of the best specimen.

INDO
Red and White vein varieties of this strain have become quite popular. But, White vein INDO is very rare around the world today. Red vein INDO has an extremely high content of chemical compound (alkaloids) with a very thick cell-wall. Hence, its performance starts slow.

BORNEO
The White vein BORNEO strain is the most potent, but, rarest amongst all BORNEO strains. All the available variants of Red, Green and White BORNEO strains are low-performing KRATOM strains than most of the others. However, they have become very popular due to their pleasant aroma – Red veins being on the higher side, Green on the moderate scale, while White at the lower end.

HULU KAPUAS
This strain is named after the river Kapuas in Indonesia. The strain comes in Red, Green and White veins. For its unique chemical compound (alkaloids) content, all variants of this strain are popular amongst the KRATOM lovers. The Green Hulu Kapuas may be the world’s rarest strain which is difficult to find, hence, most expensive.

GOLD
This is the particular strain of KRATOM which is the most popular of all strain. It is due to its inherent quality of covering a wide spectrum of effects – be it pain relief, ease from stress or more focus. GOLD Kratom is a Red vein BALI leaf that has a unique feel of being in between Red and Green vein. This is caused by following a special drying technique of the leaves, resulting in turning the leaves into yellow which brings about multiple effects and many different qualities than other strains.

HORN
This strain comes in all the variants, namely Red, Green and White veins, each of them holding unique qualities of the particular vein, having one common property of high level clear-thinking.

KALI
This strain finds its name from the province of Kalimantan in Indonesia. Red and Green vein Kali are popular for its aromatic properties. This KRATOM strain is recommended to new customers, but, it is often rare to find, especially the Red veins variant for its mild and long-lasting properties.

DRAGON
Since this Red vein KRATOM comes from only one plantation of the world, it becomes very difficult to find, at times. It has a very high chemical compound (alkaloids) and it is sometimes been compared with Red vein THAI and even caffeine. Comparison with caffeine is fully justified as KRATOM trees are a part of the coffee family.

SUMATRA
KROTOM trees grow here in a very humid and rainy climate which plays a great role in the chemical compound (alkaloids) make up. The strains come in all varieties of White, Green and Red veins. White vein SUMATRA is the most strong of all, while Green is the most balanced veins and the Red veins SUMATRA has a long lasting effects.

CAMBODIAN
It is relatively new to the KRATOM market worldwide. It is a rare strain which requires a blend of Green and Red veins. The product, thus found, has effects almost similar to MAENG DA.

RIAU
Red vein RIAU is easily available in the market, but then, there are Green and White varieties too. The Red vein strains combine the best qualities of the other Red varieties and has a calm musky aroma which is not as intense as other KRATOM strains.

KETAPANG
This is another new KRATOM variety and there is much to discover yet. It offers Red, Green and White vein strains. The Green vein KETAPANG strain offers a very rare ‘fresh-smelling’ effect which one may enjoy during the day as well as in the night.

JONG KONG
The Red, Green and White varieties of this strain is named after the JONG KONG province in Indonesia. The leaves have unique appearance with unique alkaloid blend. It is also nicknamed as “MAENG DA’S little brother” which actually points towards its level of performance. Red JONG KONG veins come from the leaves of ‘Old Grown’ trees (OG Trees). Two white KRATOM strains are mixed to produce JONG KONG White vein strain.

The right strain for YOU.
It is clear by now that there are varieties of KRATOM strains, each with their unique properties and performance. It is therefore, quite impossible to make any recommendations individually.

KratomGuys.com would request and suggest YOU to do as much research as possible before you try KRATOM. Testing out a variety of strains within your preferred veins is, by far, the best and most reliable way to choose the perfect KRATOM for you.

Always remember to buy your KRATOM online from a reputable vendor for the best results. We at KratomGuys.com only sell genuine product that is guaranteed authentic.

We now offer wholesale purchase. Free wholesale shipping available on orders of $500 and up.

This product is not for use by or sale to persons under the age of 18. This product should be used only as directed on the label. It should not be used if you are pregnant or nursing. Consult with a physician before use if you have a serious medical condition or use prescription medications. A Doctor's advice should be sought before using this and any supplemental dietary product. All trademarks and copyrights are property of their respective owners and are not affiliated with nor do they endorse this product. These statements have not been evaluated by the FDA. This product is not intended to diagnose, treat, cure or prevent any disease. Individual weight loss results will vary. By using this site, you agree to follow the Privacy Policy and all Terms & Conditions printed on this site. Void Where Prohibited by Law.