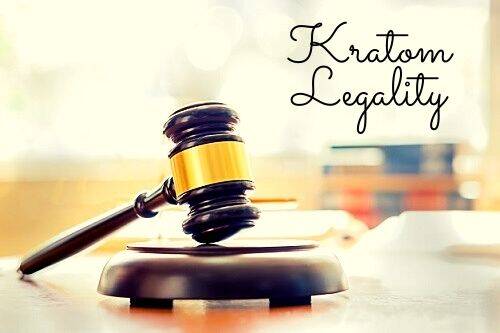 The first quarter of 2021 has passed. On the one hand, the world deals with a global pandemic, whereas different studies are also ongoing to achieve prophylactic effects from natural means. Kratom, which is a traditional herb of Southeast Asian origin, is not a new thing. It gains fame in early 2000 for the first time when DEA placed this herb on the grey list. This substance is abstracted from its leaves that is consumed by chewing or brewing them into tea.

It is helpful in various aspects such as different types of discomforts, giving a refreshing feel, making a person active and boosting stamina. With the overgrowing concern of health professionals about its unpredictable effects, they placed this plant into Schedule 1 of the Controlled Substance Act.

In the U.S, the residents use it as a pain management substance to tackle fatigue and minimize opiate reliance. It is a psychoactive substance that is in use for centuries worldwide as a matcha green tea. But the risk of having it overdose and serious sight effects like nausea, hot flashes, tremors, delusion are not to be ignored.

Although no death is reported until now, Kratom has made out in the drug watch list of this year. Thanks to their supporters who are diligently raising their voices to make it legal. For example, there are many movements, such as the Kratom Consumer Protection Act (KCPA) and American Kratom Movement (AKA), striving hard to make it legal.

In particular states, they are setting rules and regulation to control their supply, and there is also a set of requirements for the vendors too.

While this year’s most of the focus is on covid’19, there was a lobby to support Kratom’s commercial use. In the U.S, it is not federally supported very much. There is not enough governmental support to check the quality of the Kratom source and buy-sell.

They opt to ban it instead of taking measures to have control over it. Due to its harmful effects and addictive properties, the Drug Enforcement Agency (DEA) has decided to put it in the drugs on the concern. Technically, it is legal at the federal level.

It is not prohibited to buy from an authorized vendor if you are above 18. Unfortunately, some states choose to ban this substance, making it illegal to sell or use it.

In this article, below is an overview of the legality of Kratom in the United States of America. It consists of 50 states having a federal district and five prominent self-governing territories. In some states of the U.S, Kratom is wholly banned, and others have not. Kratom supporters’ efforts are remarkable, they signed countless petitions and donated millions of dollars to spread the beneficial effects of Kratom. They played an essential role in keeping it legal.

There are 20 states where Kratom usage is entirely safe. No legislation is pointing out its ban on the federal level up till now. But it does not guarantee to keep Kratom immune to any restriction in future. In 2016 DEA announced its intention to put this herb under Schedule 1 substance. Later they put this into the hands of the FDA to deal with. Following are the names of states where there is no ban on it.

There are certain states where this issue is under consideration that either ban or allow it. The KCPA will decide for this state. Some names are as follow.

States Where Kratom Is Not Entirely Banned Except Some Cities & Counties

States With a Kratom Ban

There are some states where Kratom is completely banned. Suppose anyone is found possessing Kratom or using it, they will experience legal consequences for it. Name of the states is as follow.

It is the latest list of the legal status of Kratom in 50 states of the U.S in 2021. Although it is not the permanent one, their rules keep on changing from time to time. It is essential to keep yourself updated about the latest bills and legislation proposed in your state.

It would help if you educated yourself by connecting with the local lawmaker to provide you with the latest science on Kratom. Lastly, always buy Kratom from the authorized dealer only, whether it is online or in-store. That’s all, friends.

Good luck with using it.

We now offer wholesale purchase. Free wholesale shipping available on orders of $500 and up.

This product is not for use by or sale to persons under the age of 18. This product should be used only as directed on the label. It should not be used if you are pregnant or nursing. Consult with a physician before use if you have a serious medical condition or use prescription medications. A Doctor's advice should be sought before using this and any supplemental dietary product. All trademarks and copyrights are property of their respective owners and are not affiliated with nor do they endorse this product. These statements have not been evaluated by the FDA. This product is not intended to diagnose, treat, cure or prevent any disease. Individual weight loss results will vary. By using this site, you agree to follow the Privacy Policy and all Terms & Conditions printed on this site. Void Where Prohibited by Law.